The Nullity of the “Ground” Clauses

The main principles of inspiration in determining whether there is abuse in a clause inserted in the loans with mortgage guarantee are the principles of transparency and prior information.

The 3/2014 Act transposes into Spanish legislation the modifications regulated by DIRECTIVE 93/13 / CE on unfair terms in consumer contracts. This law regulates the right/duty of information in the previous phase of the contract. With this measure the consumer sees their rights more protected. It should be noted that this measure is implemented in the 27 Member States of the European Union in the same way, so that a generalized trust is generated because all the rights of Europeans will receive the same treatment.

In interpretation of the legislation and jurisprudence, there are two requirements that must be met by the clause inserted in the contracts of loans with mortgage guarantee to be abusive: cause a damage to the consumer, consisting of a significant imbalance of the rights and obligations that are deriven from the contract, and be contrary to the requirements of good faith. The absence of negotiation is added to those requirements.

And all this, from the approach marked by the judgment of the Court of Justice of the European Union of March 15th 2012 which focuses on the strength of the negotiating positions, in each specific case. As it has been advanced, in this case, it is a private individual who is offered a contract in its entirety, and who has no other possibility than to accept it as such, or reject it and seek another contract with another financial institution.

In the case of the “floor” clauses, the imbalance is evident. It is establishes that a “ground” clause comes into force as interest rates fall, which also does not allow to benefit from the downward trend of the referred interest rates. Thus, producing a clear loss in consumers. That is, a minimum limit is set with very high chances of being exceeded for a long period of time leading us to a determination of a limit that hurts the consumer and benefits the bank. Therefore, “soil” clauses are absolutely disproportionate.

Blanco & Martin Lawyers encourages consumers and users to eliminate the ground clauses of their mortgages and recover what you have been paying in excess over years. According to the Supreme Court and the Court of Justice of the European Union, consumers have the right to claim all overpayments and interests.

In Blanco & Martín Abogados we do not charge anything in advance for the management of your case, obtaining a percentage of the amount actually returned by the bank at the end of the procedure. 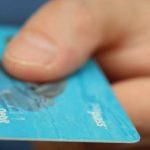 Fraudulent Use of Credit CardsConsumer and user rights